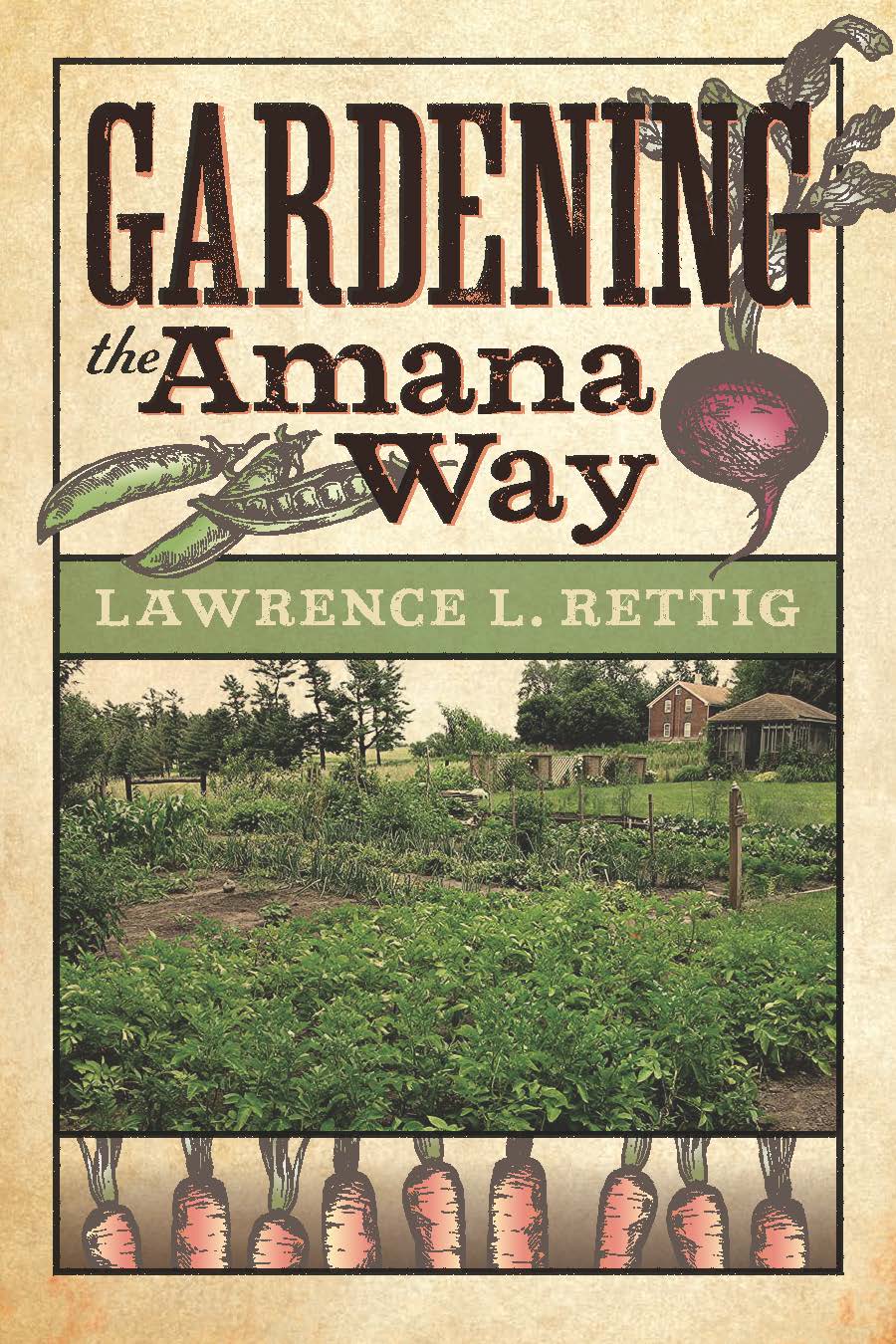 Have some apples to use up? Try this delicious apple tart from Gardening the Amana Way, by Lawrence L. Rettig.

Combine flour, sugar, and baking powder and cut in butter until crumbly. In another bowl, mix egg with milk and vanilla. Add to flour mixture and mix well. Knead gently on lightly floured surface until smooth. Cover and chill one-third of dough. Pat remainder on bottom and up sides of a 9- or 10-inch tart pan with removable bottom. Arrange apples over pastry. Top with jam/sugar mixture. Roll remaining dough into ten-inch circle and cut into strips. Arrange lattice-style over apples and tuck in edges. Brush with milk and sprinkle with sugar. Bake at 375 degrees for forty-five to fifty minutes.
Posted by Bur Oak Blog at 4:30 AM No comments: 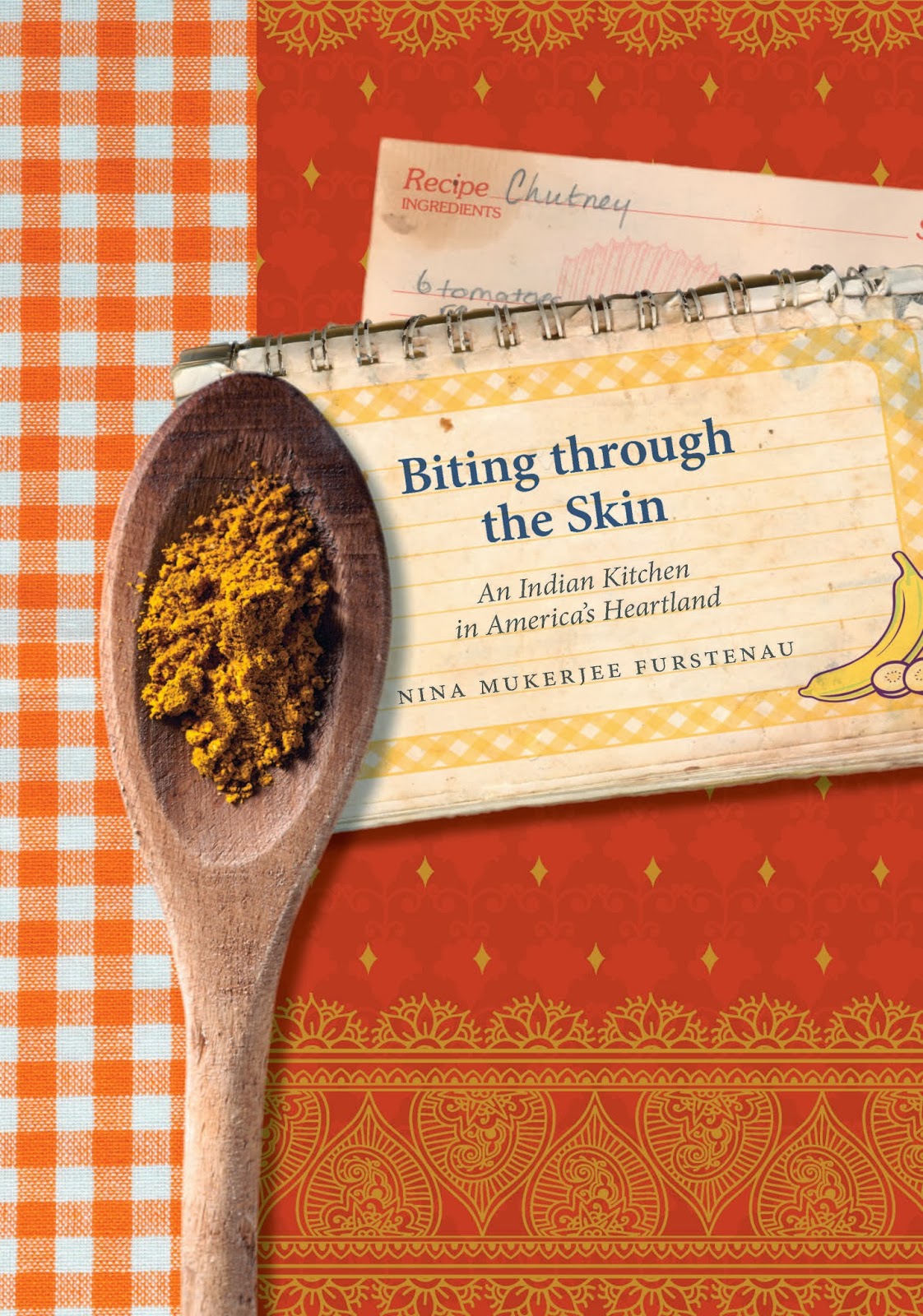 Looking for a snack? Try this recipe from Biting through the Skin: An Indian Kitchen in America's Heartland, by Nina Mukerjee Furstenau.

Grease a 6 x 6-inch shallow pan with butter. In a medium-sized saucepan, blend the ground almonds with the milk. Add the sugar and stir vigorously for 2 minutes. Place on the stove and cook and stir the almond mixture over medium heat for about 5 minutes. Add the 2 tablespoons butter and continue to stir constantly until the mixture thickens and starts to leave the sides of the pan (about 6 minutes). Add the cardamom powder and remove pan from heat. Stir the mixture vigorously with a spoon for 3 minutes until it has the consistency of bread batter.Pour about 1/4 inch of the almond mixture into the prepared greased pan. Smooth the surface with the back of a spoon. Let cool for about 20 minutes. Cut into diamond shapes. Cool completely and store pieces in an airtight container, where they will last 1 week, or 2 months if refrigerated.
Posted by Bur Oak Blog at 4:00 AM No comments:

Events with Dan Gable and Scott Schulte, authors of A WRESTLING LIFE 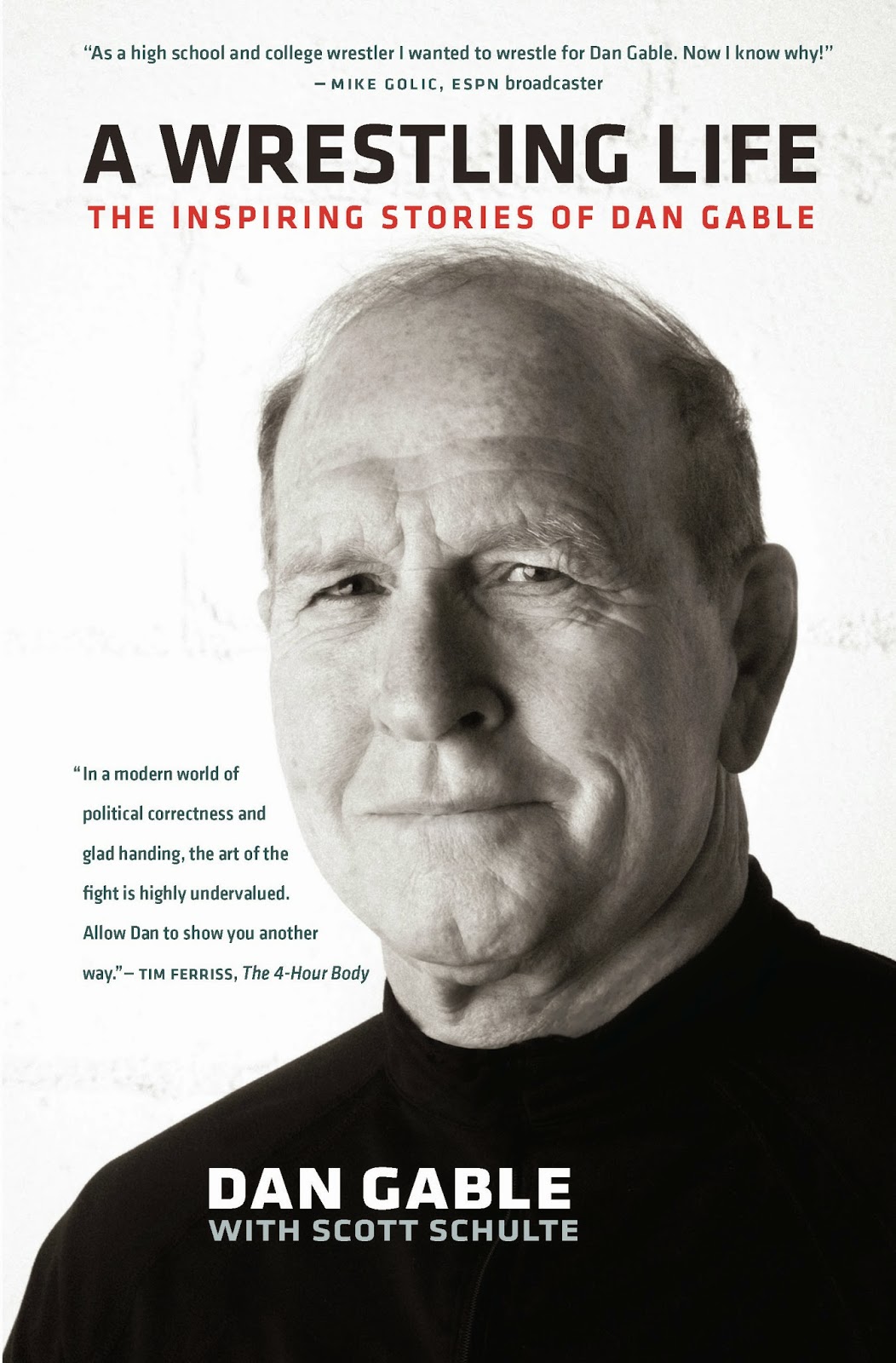 Come see Dan Gable and Scott Schulte, authors of A Wrestling Life, at the following events:

Hope to see you at one of our events!
Posted by Bur Oak Blog at 4:30 AM No comments:

"Two Up, Two Down"—excerpt from OTHERS HAD IT WORSE

The first I can remember as a kid was living in this log cabin 4 rooms 2 up 2 down. The floors had holes in it. You could of throwed a cat through them. And upstairs where I slept with Barbara and Reva when it snowed on the bed we shook the snow off the covers when we got up. But luck was with us. We kids never seemed to be very sick.

Hot off the Press: MOTHS IN YOUR POCKET

The University of Iowa Press is proud to announce the release of Moths in Your Pocket: A Guide to the Saturn and Sphinx Moths of the Upper Midwest, by Jim Durbin, Frank Olsen, and Tom Jantscher.

The Saturniid, or Giant Silk moths, are well named. Their large size—up to 6.5 inches for the cecropia moth—and the soft silk browns, greens, and oranges of their wings are unforgettable when they appear at a lighted window at night. Equally well named are the Sphinx or Hawk moths, important pollinators that hover like hummingbirds when nectar-feeding at dusk and even in daylight. The caterpillars of both families can be just as distinctive as the adults, as anyone who has ever come upon a tobacco or a tomato hornworm can attest.

For each species the authors have included common and scientific names, wingspan, and time of flight for the adults at this final stage in their life cycle. Striking photographs of the adult moths and of their larval stages make this guide as beautiful as it is useful.

For all naturalists captivated by the clear window eyespots of a Swallow-tailed Luna moth, the dark eyespots and bright yellow "pupils" of an Io moth, or the extendable proboscis of a White-lined Sphinx moth flitting from one moss rose to another, the photographs and descriptions in Moths in Your Pocket will be an invaluable reference.
Posted by Bur Oak Blog at 4:00 AM No comments:

"Roy Vaughn"—excerpt from OTHERS HAD IT WORSE

I remember I would go over to Roy Vaughn's and get baby Pidgeons to bring home and put them on top of the hen house in boxes and dig fish worms for them. Some I had to hold their mouths open while I would feed them but they were pets. I could holler for them and they would fly down on my Shoulder or head. Some drunk said he would give me a dollar for one. I took the dollar but before I caught the bird I give the dollar back. I could not sell my Pidgeon.

Books on Food Production—Call for Proposals

Iowa is one of the leading producers of corn, soybeans, and hogs in the United States—indeed, in the world. It also has a lively local food scene, with everything from organic farms and long-lived food coops to farmers’ markets and farm-to-school programs. Building on the state’s long history as an agricultural powerhouse, the University of Iowa Press publishes books focused on the production and distribution of food—how we grow or catch what we eat and how that harvest makes it into the marketplace.

And we’re always looking for good new projects in this field. If you’re writing on these topics, please consider the University of Iowa Press as a publisher. You can find more information about what kind of projects we are interested in and proposal guidelines on our website.