John T. Price’s anthology of prairie writing, The Tallgrass Prairie Reader, goes on sale in June—just the right time to enjoy Iowa’s wild beauty! Editor Holly Carver talked to him about the book. Come back next week to read the remainder of the interview! 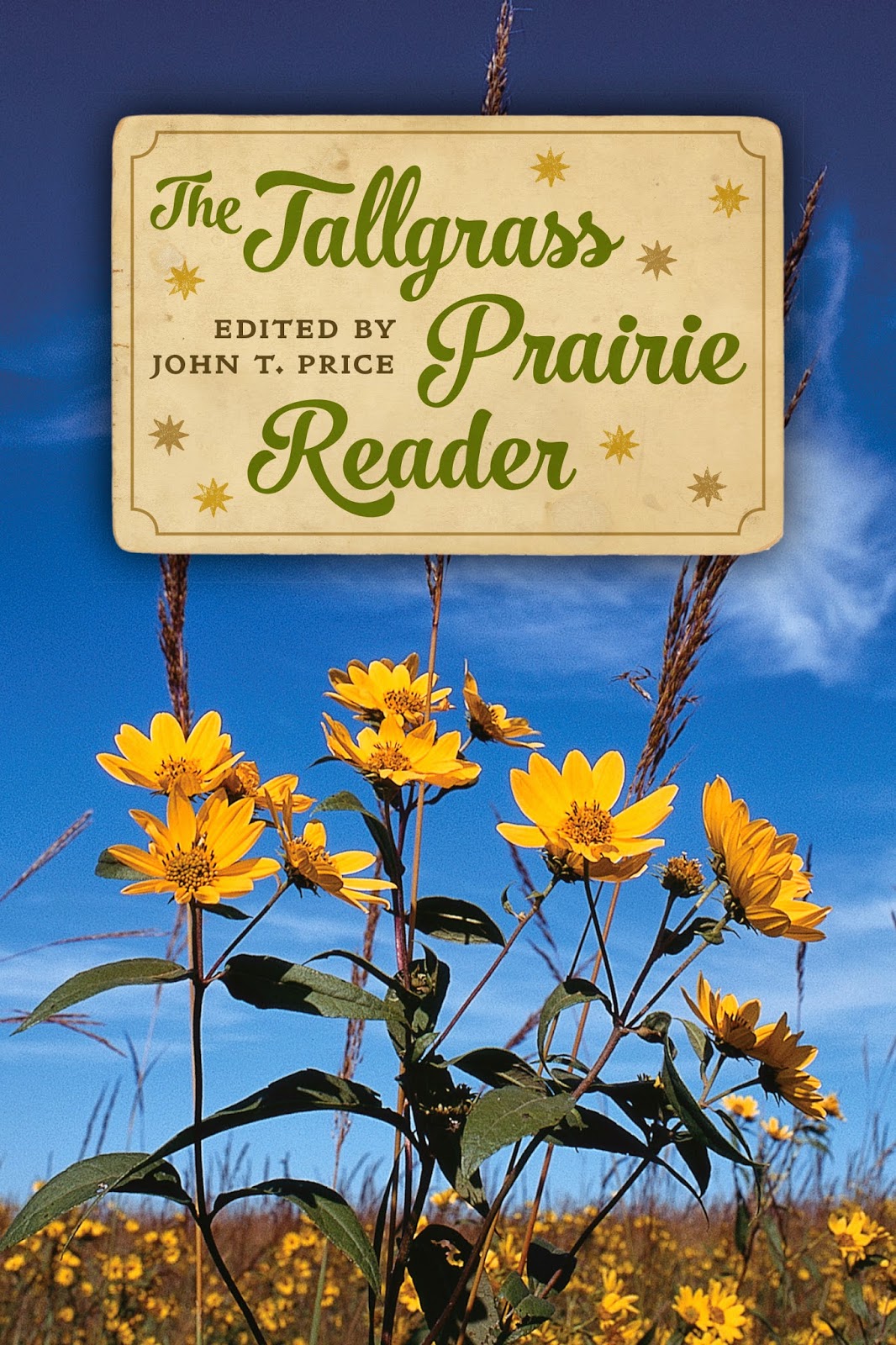 Holly Carver: Your reader collects literature from and about the tallgrass prairie, which you say is endangered as a literary landscape. What do you mean by this?

John T. Price: When I first started searching in grad school for literature about the tallgrass prairie, I remember being surprised I couldn’t find more examples. There were a number of reasons for that absence, I think. As some of the early contributors to this anthology reveal, tallgrass prairie was not only difficult to traverse because it was so wet and the plants so tall, it was also radically different from any other landscape they had seen. They had trouble finding the words to describe it, so they compared it to other places, especially the ocean, or, as in the case of Charles Dickens, they dismissed it as ugly. As Europeans, many of them were more accustomed to praising the beauty of oceans, forests, and mountains—an aesthetic prejudice that still exists.
As this anthology also reveals, however, there were many writers from the nineteenth century and earlier, such as George Catlin and Eliza Wood Farnham, who found the tallgrass prairie to be profoundly beautiful, even “sublime.” So there was this early, dynamic conversation going on among various impressions of the tallgrass prairie, positive and negative, that was unfortunately cut short by the near complete destruction of that ecosystem in the seventy-year period between 1830 and 1900. The positive impressions nurtured by some of those early writers, and the literary environmental advocacy that might have emerged from them, lost its momentum because there simply wasn’t that much tallgrass left to see and write about.
The grasslands literature that emerged was instead focused on the mixed and short-grass prairies farther west, which remained relatively wild and were the setting for immensely popular descriptions of bison hunts and cowboys. The scientific restoration efforts that gained steam during the mid twentieth century have led to a major resurgence of writing about the tallgrass, but as scholar Matthew Low has pointed out, there continues to be an “inexcusable underexposure of the prairie in modern environmental discourse.” It is still relatively difficult to find writing about the tallgrass prairie in nature anthologies and magazines or in scholarly articles on environmental literature.
I worry that the unspoken message to young environmentalists, including scholars and writers, is that the tallgrass prairie is either beyond hope or not worthy of their talent and advocacy. One of my hopes is that this anthology will help correct that impression. Even if readers aren’t scholars or writers—or even environmentalists—I want this anthology to offer affirmation that the tallgrass prairie is truly unique and amazing and worthy of our best efforts to save it from extinction.
Posted by Bur Oak Blog at 7:30 AM No comments:

Please join us at the 38th annual Loess Hills Prairie Seminar at the Loess Hills Wildlife Management area, May 30-June 1. Intended to foster the recognition, appreciation, and educational use of the natural wonders within eyesight of our communities, the seminar brings together young and old to explore the beauties of the western Iowa landscape.

One of this year’s speakers is John T. Price, a prize-winning writer and professor at the University of Nebraska, Omaha. Although it won’t be released to the general public until June, his latest book, The Tallgrass Prairie Reader (Iowa 2014), will be available for sale at the seminar.

The Tallgrass Prairie Reader is a first-of-its-kind collection of literature from and about this bioregion. It focuses on autobiographical nonfiction in a wide variety of forms, voices, and approaches.

“Finally, here is a lovingly gathered bouquet of prairie wildflowers. This collection does not stop at commemorating all that we’ve lost, but revives the wildness in our imaginations—the first step toward restorative action.”—Julene Bair, author, The Ogallala Road
Posted by Bur Oak Blog at 7:30 AM No comments: